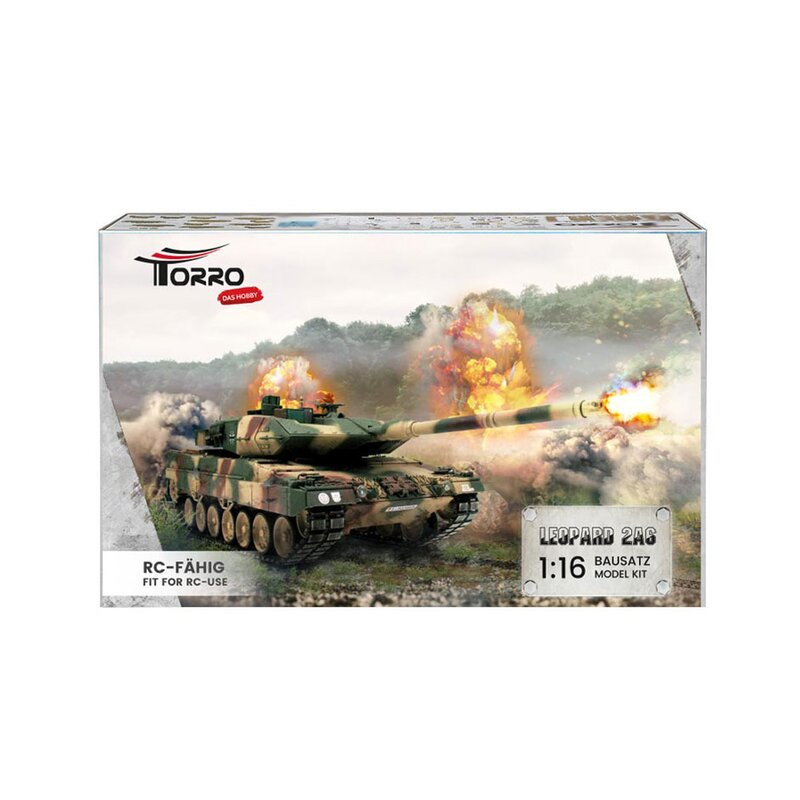 The development of the Leopard 2 dates back to 1970, immediately after the MBT70/KPZ70 project between the USA and West Germany failed. The goal was a modern and mobile battle tank which should replace the Leopard 1 in the long run. Over the years, the Leopard 2 has undergone several upgrade programs to increase its combat strength and protection.
With the Leopard 2A6, for example, the weapon system was improved and the Rheinmetall 120 mm gun L/55 was introduced, which is a further development of the previous L/44. The Leopard 2 is not only successfully deployed in the Bundeswehr, other NATO nations also rely on this battle tank

The Leopard 2A6 kit is buildable in three different versions:

Most parts of this kit are made of metal, like the tracks, the turret, the gun barrel, the track wheels and also the main gear set. The kit comes without electronic parts, so if you want to build the RC version you need the ESC+receiver unit, transmitter, smoker and a speaker.

RC parts (not included in kit)

Use under direct adult supervision only.
Age recommendation: 14+
Not suitable for children under 36 monthsof age. Choking hazard due to small parts.